To help anyone who may be thinking about making the switch to over the air (OTA) TV, I put some notes together of what I went through. The entire process took a couple months, several mini-tests, and exploratory work to track cable TV connections throughout the house etc. Hopefully this information helps, and I would be glad to address any specific questions.

In making the choice to drop cable or satellite, you just need to be aware of some of the tradeoffs. The number of stations you get and the quality of signal depends on where you live.  In the greater Los Angeles area, we register up to 110 channels on a scan with the antenna.  However, about 1/3 of the signals won't actually come in.  Then about another 1/3 are for non-English and religious channels; however, that still leaves quite a few channels to choose from.

The over-the-air (OTA) signals are all digital now, and with that most stations have multiple channels. For example, with ABC, local channel 7, it actually has 3 channels- each with different content- 7.1, 7.2, 7.3.  The major stations will have multiple channels like that, including PBS, which has about 5 sub-channels.  Much of the content on these sub-channels are old movies and old TV shows -- really old, but not always. Also, there are services that you can use that are signal aggregators that feed you the signals, but that ends up being $30+/month.

Some things you won't get with OTA:  ESPN, FOX, and other sports channels.  You will get whatever the main network airs for sports, like football on NBC, CBS, etc. or basketball on ABC.  Also, you don't get things like TNT, CNN, A&E, or any of those.  Those channels have a lot of content, so you need to understand what you're no longer getting. If sports is a big deal, then you can get internet-based sports packages, but the cost adds up on these.  In my research, there are transitory websites to get live TV -- kind of a gray market, if you will -- they come and go because they get closed down. There are sites that find these sites and tell you where to get a feed.

The basic setup we have is this:

OTA Signal:
-Roof mounted antenna with signal amplifier (must have). 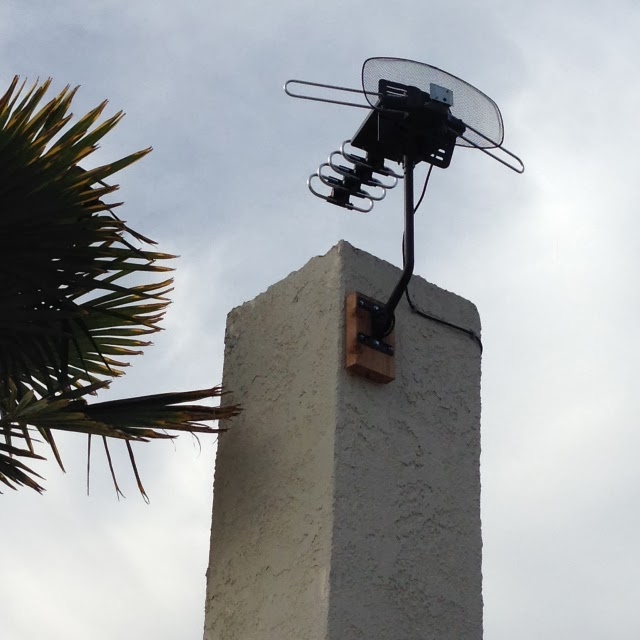 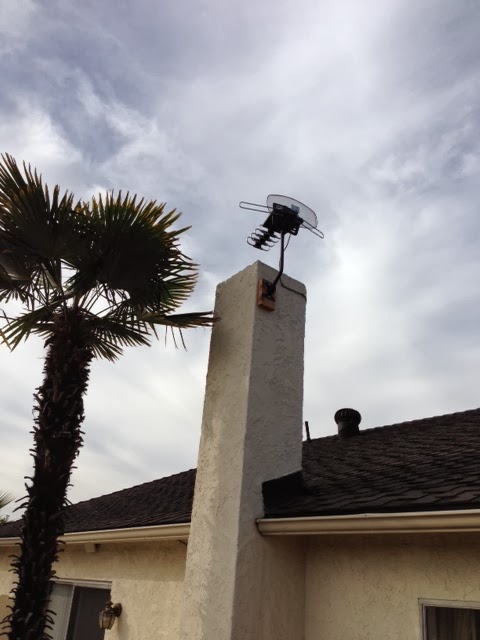 We have the "Orca Impulse" antenna; here's a link... apparently, it's on sale for $49.95 right now, which is an excellent price, too... Thanks to our friend, Scott Linsley, for helping with the research on this antenna; it pays to have good friends!

-Antenna feeds to three TV’s through the house. I fed the cable from the antenna into the attic, and then intercepted/connected to the existing cable TV feeds to each of the TV's; so this is changing the source from the street cable that feeds into the house. This is an older house so the feeds were all accessible in the attic. I can provide more detail on this if you're interested. I used a combination of existing splitters and the amplifier that came with the antenna. The rule of thumb is to have an amplifier every 25 to 50 feet.  Amplifiers need electricity. In my attic, there was availability electricity, so I was able to put the amplifier there after a 30-foot run from the chimney. Our house is one-story, so this made it all easier.

Here are links to the mount and the splitters I used:

Before I attached the antenna to the chimney, I did several tests of the TV signal. First, just putting the antenna in the backyard on a temporary pole, ran the cable in the back door to the TV, and verified that I could get signals.  Then I tested the signal from inside the attic.  This did not work out well -- apparently the roof blocked the signals too much. So, then I did the last test of putting the antenna temporarily on the roof/chimney -- and verified that I could get the most signals, and strong ones. So I went with the chimney-attached signal.  This involved mounting it to the stucco by drilling holes, and routing the cable with fasteners into the attic. A fair amount of work.  Not too hard, just time-consuming.

-Internet based TV shows:
We use a small computer in the living room TV console. We feed the HDMI cable from the back of the TV to the PC (we have a small notebook) that just sits on my lap on the couch or on a side table with the HDMI cable to the TV. Then we can access web-based content of any kind, or things like NASA TV. Also, Sony has a web-based TV feed with lots of content -- all free. We haven't used it yet.  When we're not using the laptop, it fits nicely out of the way in the TV console/cabinet.

-Streaming Netflix/Hulu Plus/Amazon:
These are all accessible via our Wii -- or other devices like Xbox -- to get Netflix streaming video (about $7 per month). We also have Amazon Prime, which includes streaming.  We don't pay for Hulu Plus yet. This was already hooked up, so it's just another source for content.

DVR:
We don't have a DVR -- yet.  With cable, the DVR was in with the receiver box. The options are to buy a DVR, like TiVo, or use a PC as the DVR.  If you use a PC, it will cut down on pieces of equipment, but then you have to get the PC outfitted properly for this. I've looked into it, and there are several ways to make a PC serve as a DVR; I just haven't pursued that yet.

Radio/Music:  We also used cable TV for music, so you lose those channels.  The solution was to go with internet access for Sirius/XM. We had the accounts for our cars already, so no additional cost. We just had to get some speakers. (Note from robin: this works great for me since I tend to listen to classical music more than watch television. It was my only dilemma in getting rid of the cable, and this solution has worked very well!)

Overall,  it's worked great. The picture is actually a little clearer than cable TV -- especially the HD channels. We don't miss cable at all.